As you can see Buzz needs a little paint but the boat is out of dock too often to get a brush on it! Here are some pictures of Family and Friends on fishing outings, I think it is fitting that the boat was built in the Bay Area, went off to war and now spend it’s golden years making folks happy, I have had tourist walk by and say, “This sure looks like WHIRL-A-WAY” Imagine their surprise when I tell them they are correct. Through the years I have found several folks that say, “I used to own that boat” and still others that say “I used to fish on this boat when I was a kid”. Captain Bill Beckett of Huck Fin Sportfishing at Pillar Point Harbor calls Buzz “Jack’s Little Boat” which is the name of a Captain two owners back. A trusted source told me that there is a picture of Buzz when it was the Queen of Hearts at Fishermen’s Warf, the book is titled San Francisco: The City’s Sights and Secrets (Paperback) by Leah Garchik. 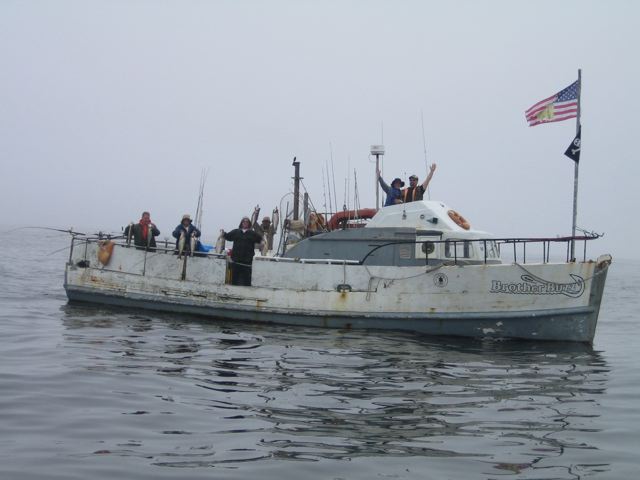 This entry was posted in Fran "Buzz" Young. Bookmark the permalink.