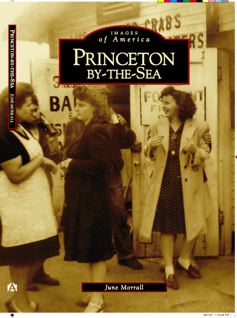 [Around the time this article appeared, Mr. Patroni of the Patorni House, had been questioned regarding his possible involvement in rumrunning and bootlegging activities.]

“One of the most popular resorts on the Coastside of San Mateo County is the one goes by the aristocratic name of Princeton. Some folks say that it got its name from the Prince of Whales, but there is another story, which may be true: that in the family of the real estaters, who gave it the name, there was a “canine” called “Prince” and the resort was named after this popular dog.

“The resort is certainly a most popular one and it deserves its popularity. There you have every seaside attraction you could wish for–a fine, clean and safe beach for bathing–a splendid wharf from which to dangle the tempting bait to catch the perch and crab—and a first class fleet of fishing vessels for those who want to venture out to the deep sea in search of salmon and rock cod.

“Chief among its hotels is the house and restaurant of John Patroni. Patroni House is widely known and very highly respected by its numerous patrons. One of the best recommendations of a seaside resort is that those who have patronised the place always come back for more and advise their friends to go there and this can be said with truth of Patroni House.

“No people know the Coastside Resorts year in, year out, better than the folks who live on the coastside and it can be said without fear of contradiction that the slanderous statements recently made by a propagandist in a San Francisco paper were a tissue of lies.

“Princeton-by-the-Sea has had a lot of popularity in past years, and we trust the popularity will continue and increase in the years to come.”