JOINING THE HERD BY JOHN VONDERLIN 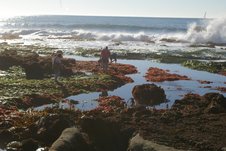 Normally when I venture out to the Coastside, “far from the madding crowd’s ignoble strife,” is a prerequisite of any destination I seek out. Yesterday, a mid-Winter weekend, with fabulous beach weather, and one of the very lowest tides of the year, I suspected that would be near impossible. So, instead we set our sights on making a Circum-Pillar expedition, starting at the Princeton side of the base of Pillar Point. Holy Salmon!, the Hordes had arrived ahead of us and when we got there they had filled all the parking lots. Parking in a long line along the access road, we joined the stream of people heading to the beach. Many had their dogs, and five gallon buckets, obviously intending on harvesting from the reefs and mudflats, of which vast stretches were already exposed by the rapidly receding tide.

By the time we got to the area below the cliffs, that is usually submerged, blocking further progress around the Point, it was obvious that we were going to be sharing our adventure with many others. In fact, there were so many people on the section of the reef leading out to the string of rocks that ends with Mushroom Rock, and bounds Mavericks to the South, that I lost my enthusiasm for joining them there. I had hoped to get some close-up photos of Mushroom Rock and the channels between the rocks, that  knowledgeable surfers can use as a respite when caught inside during monstrous sets.

But, with a whole herd of folks tromping on all sorts of flora and fauna, many of them collecting anything of interest or potential edibility, I couldn’t justify adding to the carnage.
So, it was back to our original purpose, to accomplish the first Circum-Pillar navigation ever recorded.  In the time-honored tradition of European Explorers, we completed the circuit, assumed we were the first discoverers, claimed it as our territory, renamed it Point Loma Mar North, in honor of our home country, and gathered rocks to repel any usurpers that might challenge our supremacy.

When none appeared, and being satisfied at our “Veni, Vidi, Vici” moment, we returned to our car. On the way back we observed something that made me shake my head and swear I’d stick to the wilds of the southern Coastside in my future expeditions. A herd of some kind of giants, with large wheels for feet, were silently rolling along the path below us. I can’t imagine the Aztecs, when first viewing the Conquistadors in armor, on horses, were any more startled. We approached them and they spoke English, saying they were of  the “Segway tribe.” Disconcerted at this new type of invaders, we repaired to Cameron’s, and drowned our harumphs in glasses of ale. Enjoy. John

There were odd rocks along the way and a fairly rare Leather Star in one of the pools I passed. This slimy species of Sea Star, rarely seen here has the smell of garlic, and when it touches the “swimming” anemone (Stompha) or purple sea urchins they take off as fast as they can, not something I usually associate with those types of critters. 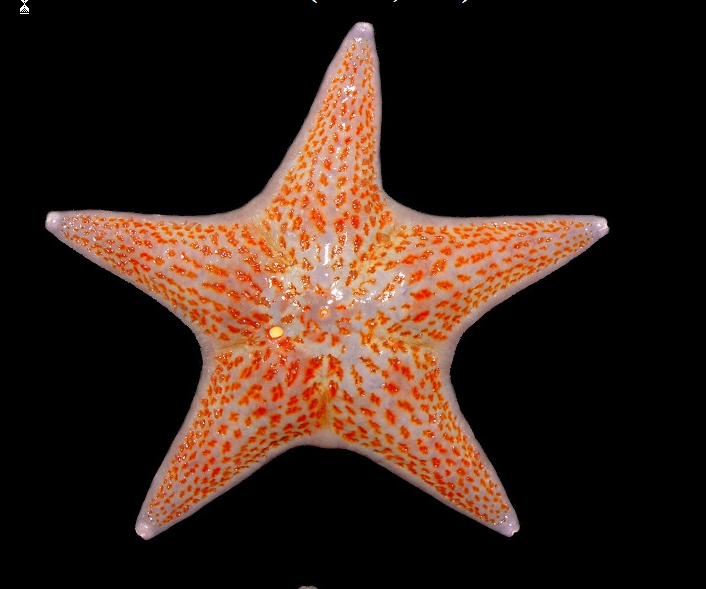