Posted on December 8, 2007 by junemorrall 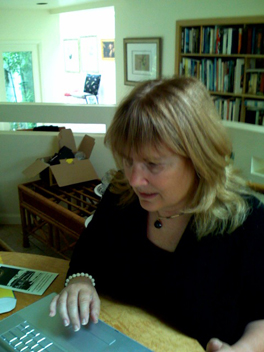 For many Coastsiders— Princeton-by-the-Sea— lives on in a special cove in the mindâa space carefully protected from invasions of the ordinary.

In todayâs world where new American cities and towns are designed in advance, all identical, with no surprises, no serendipity, Princeton-by-the-Sea has been the antithesis of suburbia and thatâs why we love it.

Ordinary has never applied to Princeton-by-the-Sea.

There were times when Princeton reminded me of my disorganized closet or messy garage–Iâm referring to the streets named for famous Ivy League universities, lined with endearing homemade architecture– interspersed with hundreds of crab traps and decaying fishing boats.

When I crossed Highway 1 (from suburbia on the east side), I happily walked westward into another dimensionâit was a great place for a kid to grow up, the oldtimers told me. Example: In the 1940s if you needed a stick of furniture, Mr. Patroni, the owner of a local hotel, said, âYou can borrow a chest of drawers from my roadhouse.â?

âPrinceton-by-the-Seaâ? is a place, unlike most places, that has been known by many other colorful names: Whalers Cove, Patroni’s, Small Cannery Row, Idaâs, Hazelâs, the Drag Strip, the Abalone Factory, the Point Beyond, and more recently, Mavericks and the Golf Ball.

Oh, yes and a name that didnât stick was âthe Polynesian Village.â?

Some of the Half Moon Bay kids raced their cars up the hill to Pillar Point before the radar station appeared, laughing as their tires kicked up clods of dirt, feeling a rush of adrenaline up there, high above the Pacific.

Every so often, the owner of Pillar Point would drive down from San Francisco to check on his property [yes, there was an owner, reportedly a descendant of a ranchero]– and upon spotting the juvenile trespassers, wagged his finger and chased them away.

A couple of generations later, the Coastsideâs teenagers ventured out to what they called âBeyond the Point,â? where, during the winter months, they stood, mesmerized by the crazy surf and the wall of 60 foot wavesâ¦..

Treasured snapshots and the “Princeton-by-the-Sea” in my mind.

I have derived immeasurable pleasure from funky Princeton-by-the-Sea, and now it’s payback time–and the only way I know how….my book: “Princeton-by-the-Sea, published by Arcadia, will be available in the bookstores for Christmas (and there will be a booksigning at Bay Book on Friday, December 14 at 7 pm) I hope you will enjoy the book.

This entry was posted in Princeton-by-the-Sea. Bookmark the permalink.