1934: When the James Flood Estate in Atherton was put on the

Posted on February 3, 2008 by junemorrall

auction block, with the goodies sold in parcels, some of the fancy “trimmings” were sold to the Princeton Hotel, according to Barbara Gross Large, one of the building’s early owners. 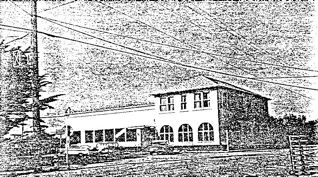 When she was age 5-years-old, Barbara G. Large, according to the notes of the late Richard Schellen, was one-half of a vaudeville act called the “Little Large Sisters.” Later they took over an act called the “Dolly Sisters.”