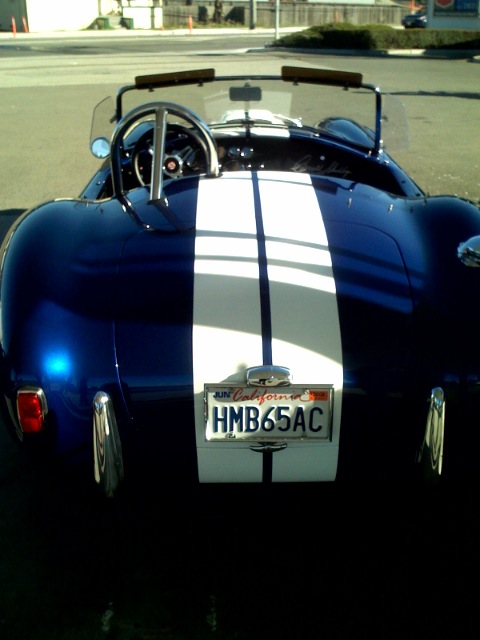 This little honey pulled into the Chevron Gas Station in Half Moon Bay recently and I couldn’t take my eyes off it. Perfect in every way.

“The AC Cobra was an Anglo-American sports car built in the 1960s. Contrary to popular belief it was not the first car to combine a lightweight European chassis and aluminium body with a big American V8 engine, but it is possibly the most famous. The later, larger-engined cars are still among the highest-performing road vehicles ever sold….” From Wikipedia